Who was James Clerk Maxwell?

James Clerk Maxwell (1831-79) was one of the most important scientists of the 19th Century. He laid the foundations for many of the scientific and technological advances which shape our world.

"One scientific epoch ended and another began with James Clerk Maxwell."

Television, radio, radar and mobile phones all stem from Maxwell's discovery of the nature of electromagnetic waves, described by the equations on the statue. 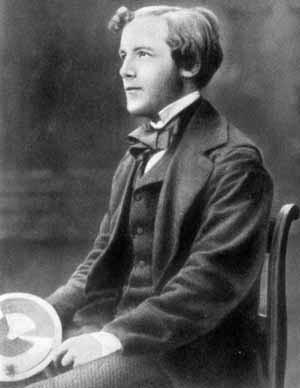 He made the first colour photographic image and in the statue he holds the so-called colour top or wheel used in his analysis of colour perception.

Unassuming and modest, he sought to understand how the world around him worked, making fundamental contributions to every aspect of physical science. Often ahead of his time, it was many years before others confirmed his theories. He is a giant figure, one of the preeminent founders of modern technology, inspiring both wonder and affection.

Born at 14 India Street, Edinburgh, he studied at Edinburgh Academy and the Universities of Edinburgh and Cambridge. His first paper was published at age 14!

He was appointed as Professor of Physics at Marischal College, Aberdeen then at Kings College, London. He subsequently established and served as the first director of the Cavendish Laboratory in Cambridge. Elected a Fellow of the Royal Societies of Edinburgh (1856) and London (1861), he also received many international honours.

Maxwell often worshiped at St Andrew's Church, close to where his statue now stands. The Royal Society of Edinburgh headquarters is on the corner, one block along George Street, and India Street is about 10 minutes walk further NW.